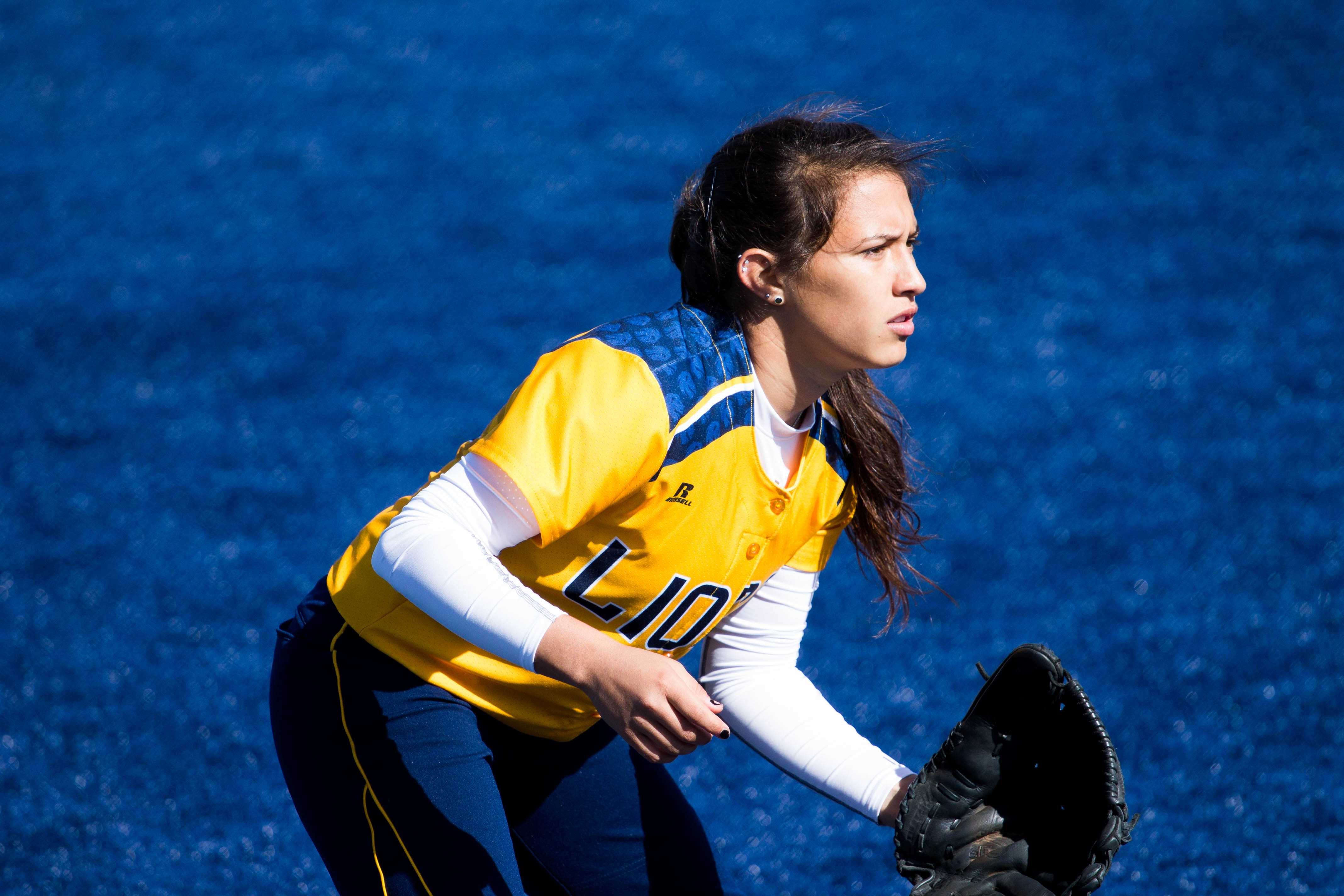 Lions take two out of five in Durant

The Texas A&M University – Commerce Lions softball team went into Durant, Okla. with an undefeated record, and while coming out with three losses, were able to end in dramatic fashion.

The Lions entered the tournament at a perfect 6-0, and headed into what many would think was their first real challenge of the season against 16th ranked St. Mary’s. Things did not go well for the Lions to start, as they gave up a five-run first inning, and never led during the game, taking a 13-3 loss.

Things immediately seemed to look up during the second game of the tourney as the Lions were able to fly past the Newman Jets with a big eight-run 7th inning, winning 13-4.

The second day of the tournament would turn out to be a tough one for the Lions, as they started off with a heartbreaking loss to Southwestern Oklahoma. The Lions were up by two in the top of the 7th, when a single and an error put two runners on base for pinch-hitter Ashley Jones, who hit a go ahead home run, which was followed by a solo shot by Molly Vivo, putting the Lions down by two in their final frame.

The Lions came close to mounting a game-winning comeback, with two runners on, and the winning run at the plate with two outs, but struck out to end the game.

The next game against Washburn University was even harder to swallow, as the combined pitching efforts of Cyanne Fernandez and Aundria Romero were not enough to outpitch Lauren Thimmesh, who only allowed three Lion hits and one run, as the Lions fell 2-1.

On the final day of the tourney, the Lions were matched up against the preseason No. 4 ranked team in the country, Southeastern Oklahoma State. The game was a hotly contested pitchers’ duel for the entirety of the match, with only a total of six combined hits for the game. Southeastern got ahead first by pushing a run across in the bottom of the 4th, and the score stayed that way until the top of the 6th, where a bit of luck helped the Lions pull ahead.

With Luci Ponce and Monica Cherry on base, two consecutive errors by the Savage Storm allowed both runners to score, giving the Lions a 2-1 lead which they would not relinquish for the rest of the game.

The Lions come away from the weekend holding an 8-3 record, good enough for fourth place in the Lone Star Conference in this young season.

Next on the agenda is travelling to San Antonio to participate in the Rattler Invitational, hosted by St. Mary’s. The weekend will follow the same format for the Lions, with the team playing five games in three days – with two games against Texas A&M International University, and also against St. Mary’s, Oklahoma Christian, and the University of Central Oklahoma.

Conference play will finally begin after the tournament, with the first conference games of the season being four games in two days against Cameron University at John Cain Family Field. The Lions will play almost exclusively within the conference for the remainder of the season.