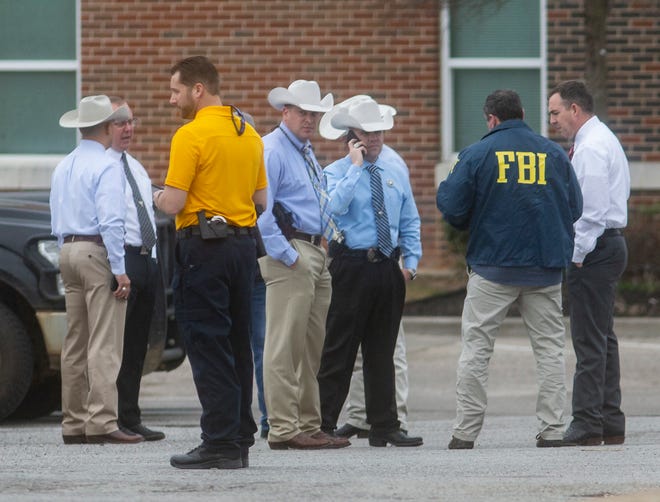 After the shooting incident on campus, the question of safety on campus and specifically in residence halls has bubbled up in my mind.
While the shooting that took place was (from everything that is known) an isolated incident, it doesn’t necessarily help fully alleviate all of the stress and concern compounding about what took place. The reality of the situation is that someone dangerous was in a residence hall and as a student there’s something unnerving about knowing that someone could go into my residence hall and potentially hurt me. From first hand experience, it ‘s relatively easy to just knock on the door of a dorm hall and tell someone to let you in just because you forgot your student ID and then follow behind a person on the side of whatever residence hall you live in. Yes, it’s arguably paranoia and there is evidently no proof that this is how the incident took place, but the knowledge that it’s even possible is nerve wracking. According to a Pride Rock resident however, safety on campus isn’t necessarily concerning.
“It had gone through my wall and everything,” Isabella May, a Freshman and Pride Rock resident who made the initial phone call to the police about a bullet hole in her wall. “So I mean even with that being said I still feel pretty safe on campus. I mean, assessing the way like the police department and everything called it in, like how they handled it fast and efficiently. I actually do feel pretty safe here.”
May’s roommate reiterated this point, stating that since this incident wasn’t caused by someone on campus.
“I think I honestly feel safe,” Hannah Meetch said. “I think since it was an outside person I think it’s more of: they handled it really well and I feel safe with how they’ve handled it as far as now.”
Student and Pride Rock resident Alexis Reed however does feel a bit shaken by what’s happened.
“It’s scary,” Reed said, “and very uncomfortable.”
` The feelings of discomfort regarding on-campus safety that I and others may have don’t really seem to have a feasible solution. Arguably, there could be tighter restrictions on who is and isn’t allowed to enter the dorms (if someone doesn’t have their student ID or know their student ID they can’t get in), but then there comes the concern of students not being able to enter their own dorm halls. There’s the option of removing the concealed carry policy on campus, but then there comes the concern of student second amendment rights being infringed upon. In my opinion however, something has to be done to calm things. This is the second shooting to affect students around this campus (the Greenville shooting during Homecoming week last semester and this shooting) in less than a year and it’s concerning. As of February 5th, a Campus Safety Action Plan has been attached via an email by President Mark Rudin, consisting of safety measures that will be updated monthly that involves longer shuttle service hours and a buddy system for students. While this may not resolve all issues or feelings of unsafety on campus, it could play a substantial role in settling any student concerns. But, how effective will it be in the long term? That’s only really something we’ll see over time.