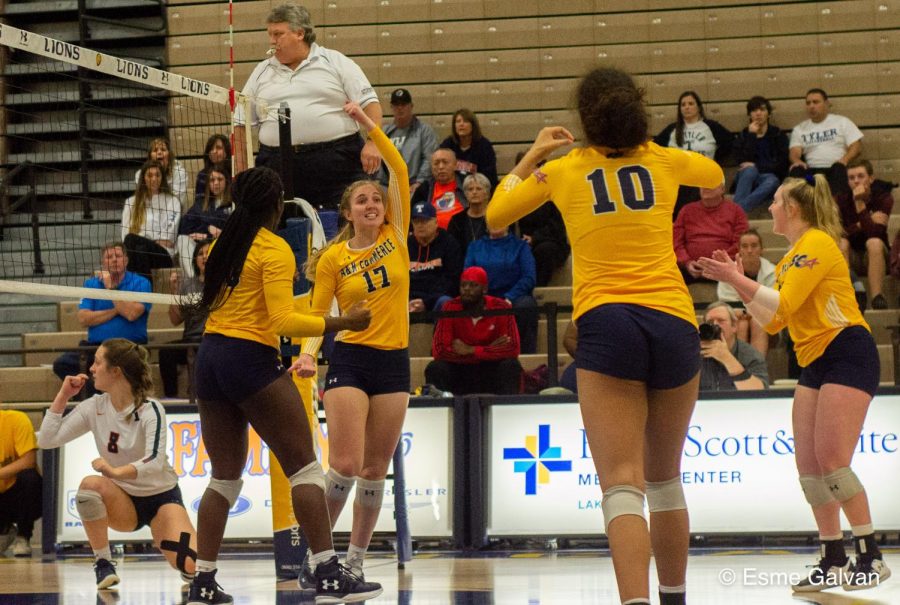 The Texas A&M University-Commerce volleyball team is back in familiar territory, as the Lions are back in the postseason for the third straight season, tying a program record. The Lions enter the tournament with a 24-6 record after a 16-2 performance in the Lone Star Conference.

A&M-Commerce will face fellow LSC member Arkansas-Fort Smith today in Denver, on the campus of Regis University in the first round. Regis University will host the South-Central Region after being ranked the No. 1 team in the region. The Lions split the season series with UAFS 1-1, as each team won on the road against each other.

The Lions are coming off plenty of rest, after surprisingly falling in the second round of the Lone Star Conference Tournament to Texas Woman’s University in five sets to the Pioneers. A&M-Commerce was rewarded the top spot in the conference and hosted the tournament in Commerce at the Field House. Angelo State later on won the LSC Tournament defeating Tarleton State in five sets.

A&M-Commerce will lean heavily on Outside Hitters Sydney Andersen, Keziah Williams, and Nicki Gonelli along with middle blockers Shelly Chapron and Bina Njikam to carry the load, as the Lions have one of the nations best front row. The back row consisting of Riley Davidson, Savannah Rutledge, and Dani Santos will have their work cut out against a very aggressive hitting South Central Region.

Redshirt Sophomore Nicki Gonelli said “we are ready for the test; we’ve played in this gym (Regis) more than anybody here other than the hosts the last couple of years. We feel confident that we can win here.”

After a strong regular season, Lion Volleyball came away with multiple awards. Middle blocker Shelly Chapron has been named the Lone Star Conference Defensive Player of the Year on Nov. 20 at the annual LSC Banquet. Chapron was also named First Team All-Conference and was also named to the All-Academic Team. Rutledge, Andersen and Celeste Vela were named Second Team All-LSC, while Njikam was named All-Conference Honorable Mention. Joining Chapron on the All-Academic Team was Nicki Gonelli.

The Lions were one set away from making the Elite Eight one year ago. The road to redemption starts today in Denver, and the regional winner will have to win three matches in three days to make their way to the National Championship (elite eight), held in Denver, Colo. at Metro State University.