No. 21 A&M-Commerce looking forward to rematch against No. 3 Tarleton St. 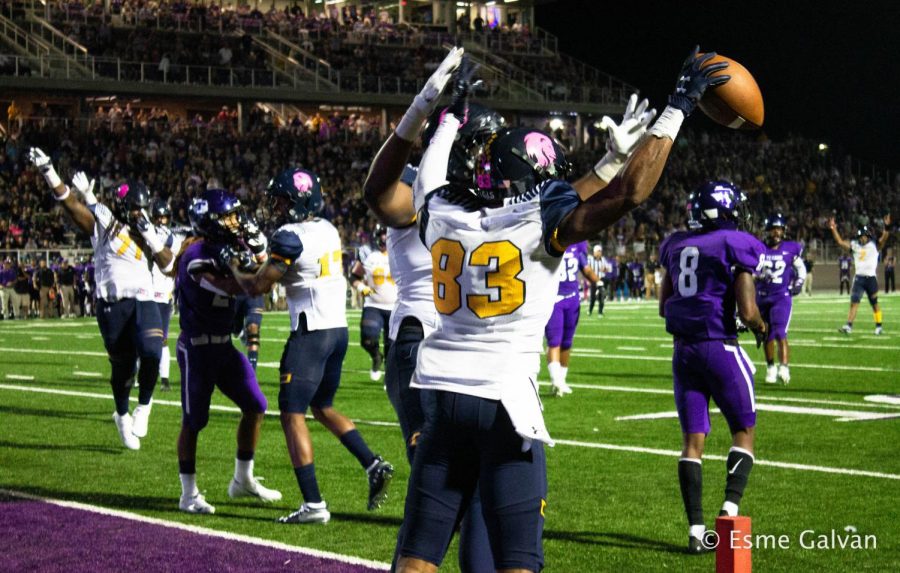 It’s win or go home for the No. 21 ranked Texas A&M University-Commerce Lions football team as they once again travel to Stephenville to take on LSC rival Tarleton State tomorrow for the first round of the NCAA Division II Playoffs.

The Lions have dropped the last three matchups against the Texans, including a 34-28 loss last year in the second round of the playoffs. That matchup last year featured a shootout between quarterbacks Kane Wilson and Tarleton’s Ben Holmes. The Lions had the ball with a chance to take the lead, but a late turnover cost the Lions at that opportunity.

The Lions looked for revenge in week seven this season, but dropped that matchup as well 35-21. A&M-Commerce played a solid game, but the rushing attack of the Texans hurt the Lions, as Tarleton State ran for 200 yards against A&M-Commerce.

A&M-Commerce quarterback Miklo Smalls had a fine game as he threw for 288 yards and two touchdowns. A late interception and a turnover on downs inside the redzone late in the fourth would have given the Lions a good opportunity to get back in the game.

Head Coach David Bailiff said “I’m thrilled to be going to the playoffs, and I meant what I said earlier, that if you win only nine games in Commerce, you’ll get booed.” Bailiff also said “For these Seniors to adapt to a new coaching staff and adapting to a new language says a lot, and that’s why they’re a winning bunch.”

Junior Defensive Back Alex Shillow said “Same mindset going into the playoffs, we’ve got to take the 1-0 mindset going into every week, and we can’t look past an opponent. Shillow also said “We’re going to take it 1-0 this week, keep moving forward and beat whoever is in front of us.”

It is definitely hard to beat an opponent multiple times in a season, especially a conference opponent who you have seen on film plenty of times throughout the course of the season. A&M-Commerce will need to stop the Tarleton rushing attack of Daniel McCants and Khalil Banks if they want to win. Kader Kohou L.A. Dawson will have their hands full with Zamari Manning, however Kohou and Dawson have been flawless the last few weeks of the season, and Head Coach David Bailiff will no doubt call on them once more.