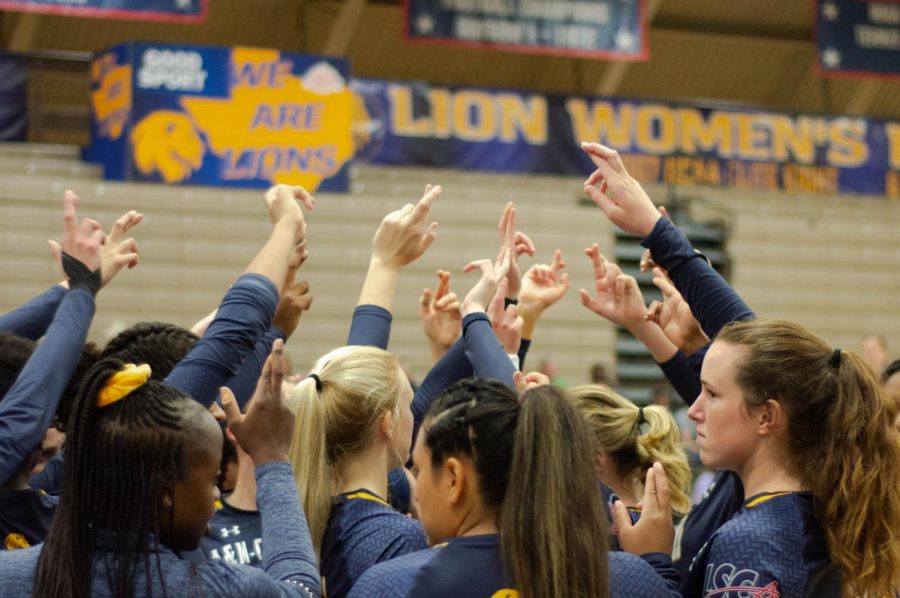 The No. 21 Texas A&M University-Commerce Lions rolled through the second week of Lone Star Conference play with two more wins against Midwestern State and Texas Woman’s University, moving their record to 9-3 and 4-0 in LSC play.

The Lions dropped the first set to the Mustangs 22-25, it was the first set lost in over a week of play, but won three straight sets to win the match. Midwestern State fell to 2-9 with a 0-3 LSC record.

TAMUC won every statistical phase of the match, outside of blocks. Three Lions players had at least 10 kills: Sydney Anderson (16), Bina Njikam (11), and Nicki Gonelli (10). The Lions also had two players that topped 20 assists in Celeste Vela (28) and Natalie Sarbeck (22).

According to Lion Athletics, Lions Volleyball Head Coach Craig Case on losing the first set to the Mustangs said, “In that first set, Midwestern played at a really high level and while I think we did a pretty good job of preparing for it, you are never fully prepared until you see them in person”.

After losing the first set for the second consecutive match, the Lions again won the next three sets in a row to take the match. The TWU Pioneers fell to 6-7 and 2-2 in LSC play.

The Lions again had multiple players with at least 10 kills: Sydney Anderson (16), Shelley Chapron (12), and Bina Njikam (10). Offensively the Lions have shown to have multiple talented hitters up front.

The backline of the Lions defense held up very well, providing 65 digs. Riley Davidson and Savannah Rutledge each had 13 digs, with multiple Lions contributing five or more digs, as well.

“I was really pleased with how hard our players competed, especially in the tense and important situations. We had 18 kills in that second set and 19 in the third set. Our offense kept grinding away until they found ways to score,” Case said.

After this weekend’s victories the Lions will return to Commerce to play Dallas Baptist University at 6 p.m. in The Field House on Tuesday, Oct. 1.