Lion Softball bounces back with a three-game sweep of ENMU 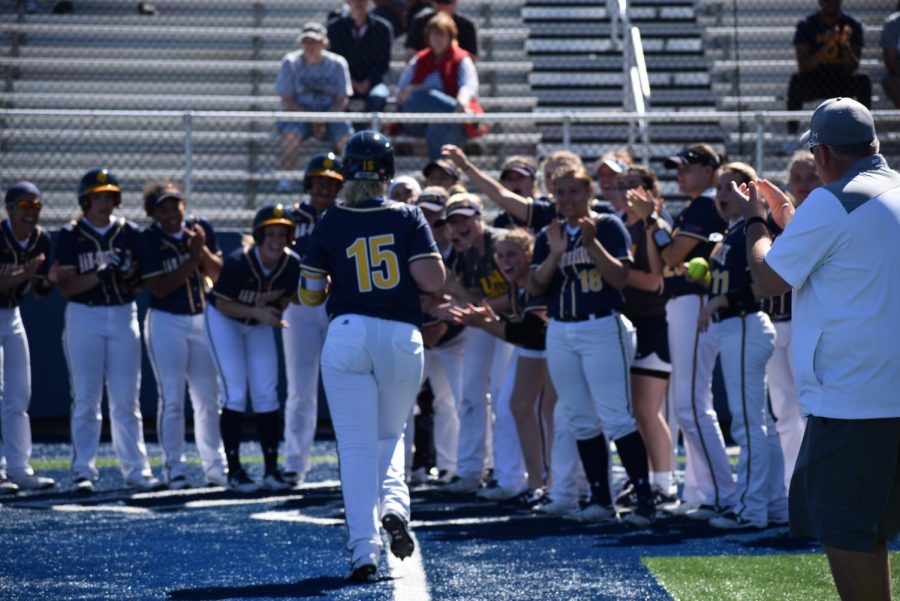 The No. 18 Texas A&M University-Commerce softball team swept the Eastern New Mexico Greyhounds in a three game series over this past weekend to improve their record to 20-6 overall and 9-3 in Lone Star Conference Play.

The Lions got going early in game one on Friday as the Lions jumped out to an early 7-0 lead in the first inning after Jodie Hill hit a solo home run. After three consecutive walks, Vanessa Muro launched a grand slam to break the game open 5-0. Ciera Nunez and Jodie Hill also knocked in a couple more runs to give the Lions a big lead after one.

Eastern New Mexico scored their only run of the series when Samantha Brockman hit a solo home run against Emily Otto to make it 7-1.

The Lions answered with two more runs in the bottom of the second as Madison Schaefer and Knyslee Noriega both launched solo home runs to give the Lions a 9-1 lead. The home run for Noriega was her first of the season.

Emily Otto had another fantastic performance as she pitched 4 strong innings to pick up the win and improve to 12-3 on the year. Kinsie Hebler came in relief for Otto to finish up the game in the fifth inning as the game only required five innings as the Lions run-ruled the Greyhounds.

The Lions picked up win number 19 of the season as A&M-Commerce defeated ENMU 7-0 to pick up the second win of the series and pick up win number eight in the LSC.

Once again the Lions jumped out to an early lead as the Lions lead 5-0 after two innings. The Lions scored three in the bottom of the first and scored two more in the second inning after Nunez tripled and scored from a Kayla Kilcrease ground-out and Bri Sims knocked in a RBI single.

Schaefer hit another home run as she hit a towering solo home run to left field and got another run from Hill on an RBI single in the sixth. Otto had another strong performance going the distance and picking up the shutout along with win number 13 of the year.

Once again the Lions shutout the Greyhounds, this time picking up a 10-0 win in a game that just needed five innings. The win propels the Lions to 20-6 on the season and 9-3 in LSC play. The Greyhounds fall to 10-10 on the year and 6-6 in LSC play.

Hebler once again came in for relief of Otto and closed out the game with two strikeouts in the fifth to secure the 10-0 win for the Lions.

The Lions will be back in action this weekend as they travel to Canyon to take on the conference leader West Texas A&M in a three game series on Friday and Saturday. The Lady Buffs lead the conference with an 11-1 LSC record.