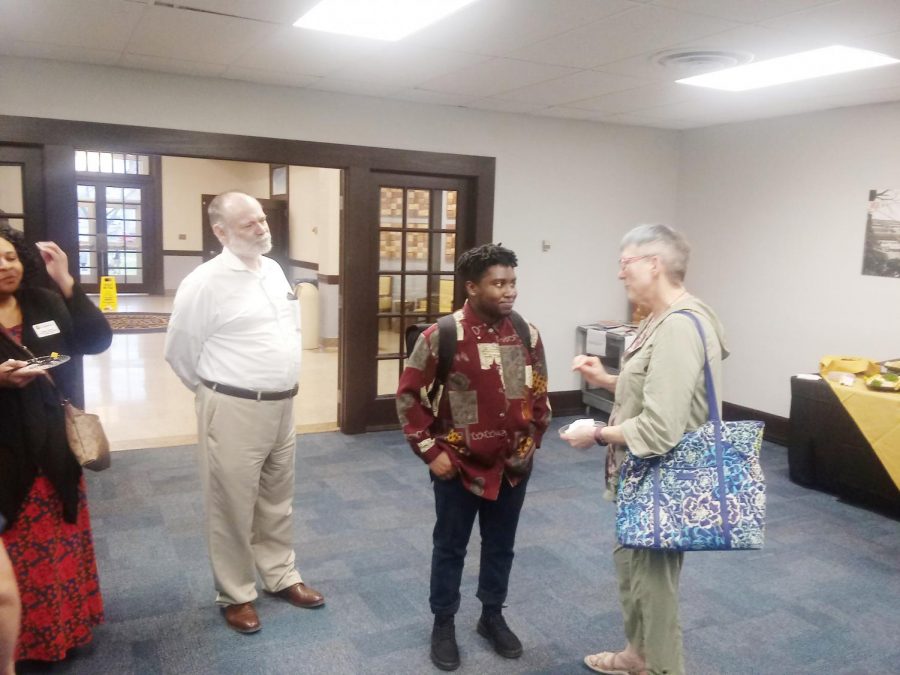 Activist and poet Kavi Ade presented his work based on his life experiences as a Black Trans Queer man at a poetry reading sponsored by Pride Alliance, SEEDS, Counseling Center, and other organizations at the Talbot Hall of Languages Feb. 6.

“Ade’s poetry is a lamentation, a leaning in to what haunts the spirit of a Black Trans Queer body,” his website’s (kaviadepoety.com) biography states. “With poems that are deeply personal while inescapably political Ade’s work grapples with being set at the throne of violence.Through poetry and performance Kavi speaks on race, gender, sexuality, and social justice, chronicling despair, grasping at hope, and exploring the ways a body can learn to survive.”

After the reading, Ade answered questions on various topics, one of which included on what forms his activism takes besides the spoken word. According to Ade, after the death of Michael Brown, he and an organization he helped to found, In Defense of Black Bodies, took action.

“We made makeshift coffins with names of black folks who had been killed and took them to the Justice Department in the city, and there was a confrontation [between them and police],” Ade said. “I remember a girl beside me crying, and the cop in front of her was smirking.”

After that, Ade said, In Defense of Black Bodies eventually dispersed, and now he writes poems reflecting the various communities of which he is a part.

Ade was also asked what advice he would give his younger self, and his advice centered on his family.

“I feel like a lot of hurt come from my family, but I didn’t want to let them go,” Ade said. “Just let them go, that’s the advice I would give to my younger self.”

Ade had been scheduled to read his poetry last semester, but his flight to Dallas was delayed too long for him to come to A&M-Commerce.