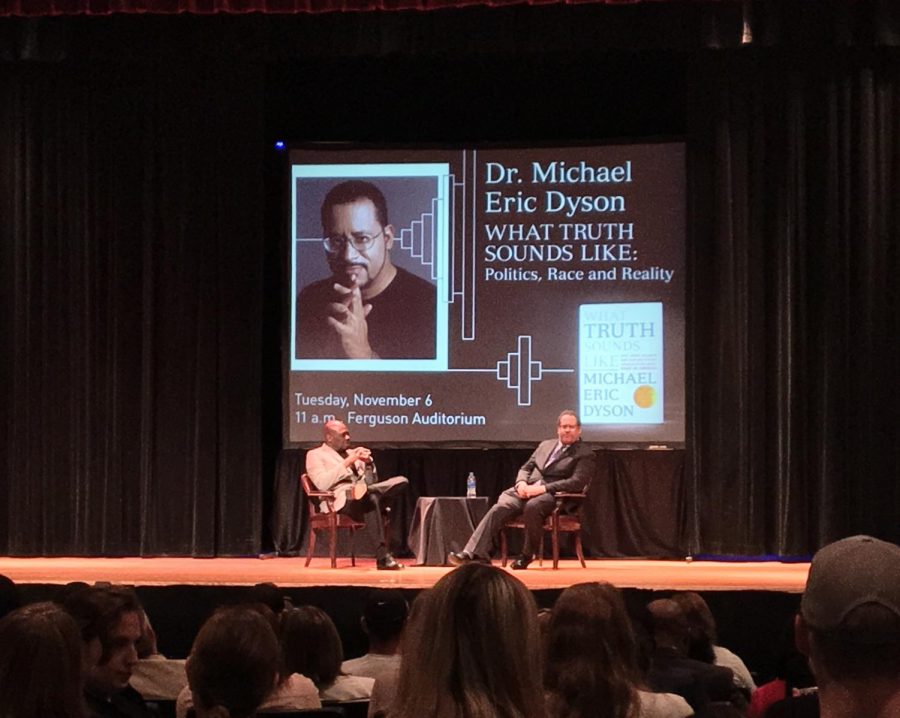 Georgetown University sociology professor and author Dr. Michael Eric Dyson visited A&M-Commerce this past Election Day in the Ferguson auditorium to promote his latest book “What Truth Sounds Like: Robert F. Kennedy, James Baldwin, and Our Unfinished Conversation About Race in America”.

The book is a race relation analysis of a 1963 meeting between Kennedy and a group of respected African-American public figures including Lena Horne and Harry Belafonte.

“The thing I find most compelling about the meeting that took place with Sen. Kennedy and these notable blacks was that many people didn’t know about it,” Dyson said. “So, my goal was to inform people on something very little knew about.”

The speech mainly dealt with educating the audience on racial and social issues such as gender, homophobia, systematic injustices of minorities in this country, particularly criticizing President Trump and white supremacy. He also spoke of possibilities of helping ease the tension by having open and honest discussions.

“As long as we have a bigot-in-chief, a predator-in-chief, a sexist-in-chief, we must resist his impulsive behavior,” Dyson said.

His motivation for making a continuous effort towards having open conversations about racial conflict stems from the relevance of the topic in today’s society. He brings up the effects of systematic oppression and economical inequalities.

“Race has been the central defining issue of our society,” Dyson said. “And I feel like if I can provide humor to a harsh yet honest voice, then it’ll incite and provoke some change. I want to provide a voice to my white brothers without being condescending or insensitive.”

Dyson’s speech focused on the discomfort of the topic of race mentioned when it comes to Caucasian males, which were a significant amount of his audience.

Dyson led a brief Q&A session following the speech where A&M-Commerce students and staff asked him questions related to the discussion, Dyson did confirm that he will be working on a few more projects.