Mid 90s takes you back to an era 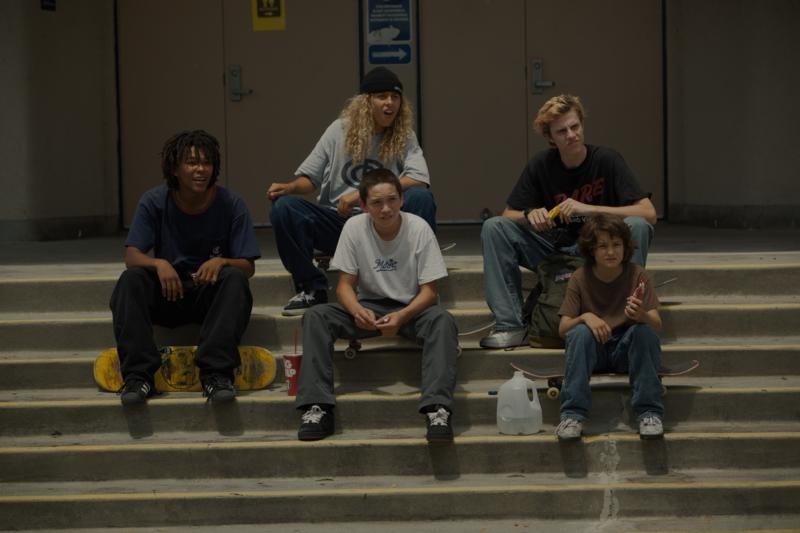 Mid90s is a story of a 13-year-old kid, Stevie, a social outcast played by Sunny Suljic (from “The House with a Clock in Its Walls”) who is a professional skateboarder in his first lead role.

The film follows Stevie as he finds new friends and a new passion for skateboarding, to escape his troubled home life, with his single mom, played by Katherine Waterston (from “Fantastic Beasts and Where to Find Them” and “Alien: Covenant”), and his older, aggressively unyielding older brother played by Lucas Hedges (from “Manchester by the Sea” and “Kill the Messenger”).

The crew he befriends consists of four older teenage skateboarders, all who come from different backgrounds than him. With Stevie being the youngest in the group, his summer is full of wild and eventful occurrences thanks to his new buddies’ free-spirited antics.

The film, set in mid-90’s Los Angeles, is a coming-of-age story that provides much nostalgia for anyone raised in that era. Several elements of the film remind people how much society and technology have evolved in such a short span.

The crude and often vulgar dialogue between these friends reminds the audience how brash and outlandish the 90s were in some aspects. The most notable testament to that is the gang’s lack of respect for authority.

The film’s music accompanied the concept perfectly. The group plays notable 90s classics by A Tribe Called Quest, The Pharcyde, Nas and several others, all providing a retrospective of what it was like to be care free in those times without social media as a driving factor.

It’s the Blockbuster references and the baggy jeans that let the audience determine how old they truly feel while also providing laughs and realistic examples of maturing and how influences can greatly impact adolescents. The film shows viewers what life was like for some inner city youth during their summer breaks out of school.

The entire cast gave great uncompromising performances that seem to imitate many facets of life. The great storytelling provided by Actor and Producer Jonah Hill, in his directorial debut, gives the audience more reasons to take him serious, not just as an actor but as a filmmaker as well.