Cosplay 101: How a hobby from popular culture was turned into a class 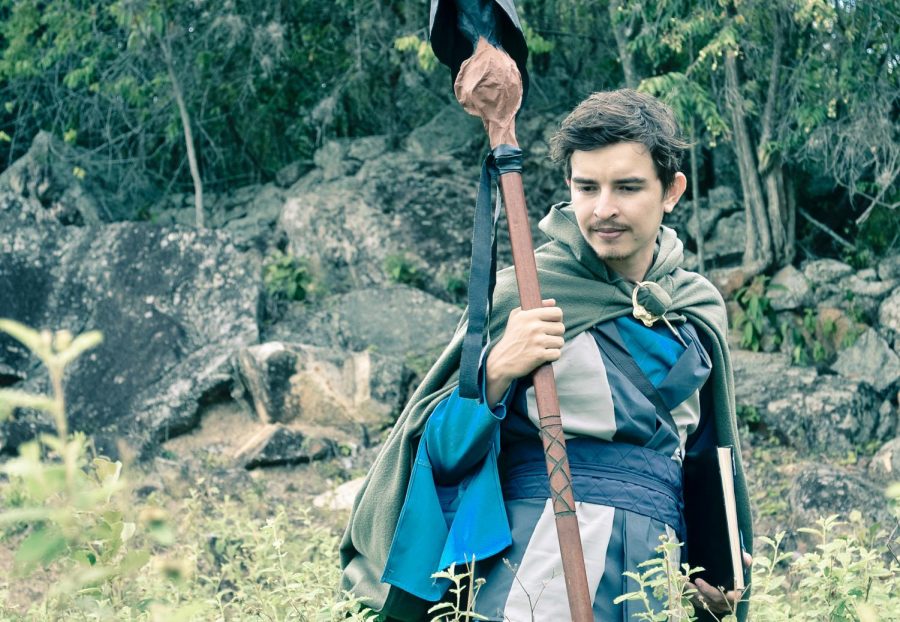 Students and others around campus may have noticed a group of people dressed in elaborate costumes. It’s called “cosplaying” and videos and pictures of these enthusiasts have flooded the internet, sparking the interest of people of all ages, and even a class on campus.

The A&M-Commerce theater department figured out how to turn the hobby into a learning experience by creating a class centered around cosplaying. The class was the idea of Donna Deverell, costume shop supervisor and adjunct professor that teaches the course.

This is the first time such a class has been offered, and is possibly the very first of its kind.

“She [Deverell] did some research looking for ideas for a syllabus when she came up with the idea for the course,” Reed Frazier, said. “She couldn’t find anything about any other colleges that offer a course like the one she had in mind. As far as we know, it’s the first of its kind.”

Cosplaying is a hobby where people create and wear costumes based on characters from comics, video games, books, television series and other sources of entertainment. Costumes used can range from simple outfits that resemble a characters clothing to complex outfits that incorporate special effects makeup and props.

There are over a dozen students in the class. The course is three credit hours and is open to any student on campus, but the current class is mostly made up of theater majors and minors. Frazier said they hope to include people outside of the theater community in the future.

“I think most of the students in the class are theater majors and minors, but it’s not limited in that way,” Frazier said. “Anyone who has an interest in cosplaying could take the class as an elective. We try to provide an inclusive community where people can talk about their interests freely and meet others who have the same interests.”

Students enrolled in the course can expect to learn about costume making, such as picking proper materials, and creating props to go along with costumes as well as the history and theatrical applications of cosplaying. According to the syllabus, students are responsible for six individual projects to demonstrate the skills they learn and a term project, which consists of creating a costume of their choice.

The class will present their costumes in a cosplay fashion show during finals week. It has no official date set, but will be open to the public.