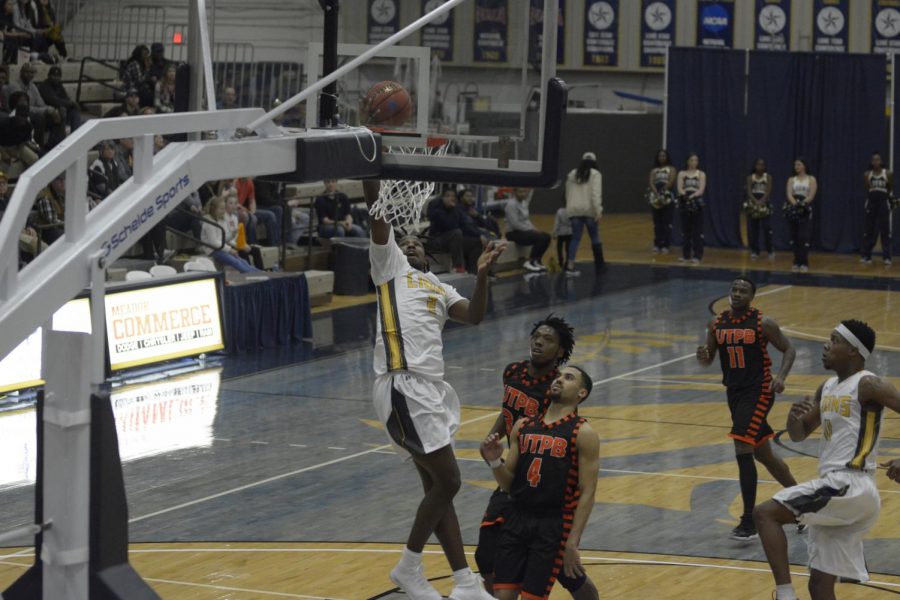 Feb. 22 saw the Lions take on the Buffaloes from West Texas A&M looking for revenge after losing a nail biter 86-82 on Jan. 20. The game lived up to the hype as the Lions defeated the No. 7 Buffs 67-66. Willie Rooks, who would earn LSC Offensive Player of the Week for his performances, hit the go-ahead bucket with just under three minutes to play, West Texas A&M proceeded to cut the deficit to one, and had a chance to win it at the buzzer, but the Lion defense caused a rushed shot to clank off the rim as time expired.

Two days later the Lions hosted UT-Permian Basin on Senior Day. The Lions dominated the No. 12 Falcons and never trailed in an 85-56 win. The win over the Falcons comes after the Lions suffered a loss in their previous matchup against UTPB on a controversial buzzer-beating shot that ultimately gave the Falcons the win.

“I thought we did a really good job defensively,” head coach Jaret von Rosenberg said, “we also bailed ourselves out of some bad possessions offensively knocking down some good shots.”

Rosenberg elaborated on how important the four seniors (Joseph Williams-Powell, Daquane Wilford, Aaron Horne, Dorian Armstrong) are that played their final game in the field house.

“The seniors bought in to what we are trying to do and led the way for us,” he said.

After the game, the Lone Star Conference conducted a coin flip to determine seeding between A&M-Commerce and Tarleton State who tied for third place in the regular season standings. Tarleton State won the coin toss taking the third-seed going into the tournament and the Lions claiming fourth.

“I told the guys in the locker room we aren’t going to change anything going into the Lone Star Conference tournament,” Rosenberg said. “If this [UTPB] game is the happiest game we play all year, then we are going to be really disappointed.”

The Lions sat in eighth place in the most recent South Central Regional rankings before their upset wins, and hoped to move up higher, as only the top eight from each region advance to the NCAA Division II Regionals, beginning Mar. 10.