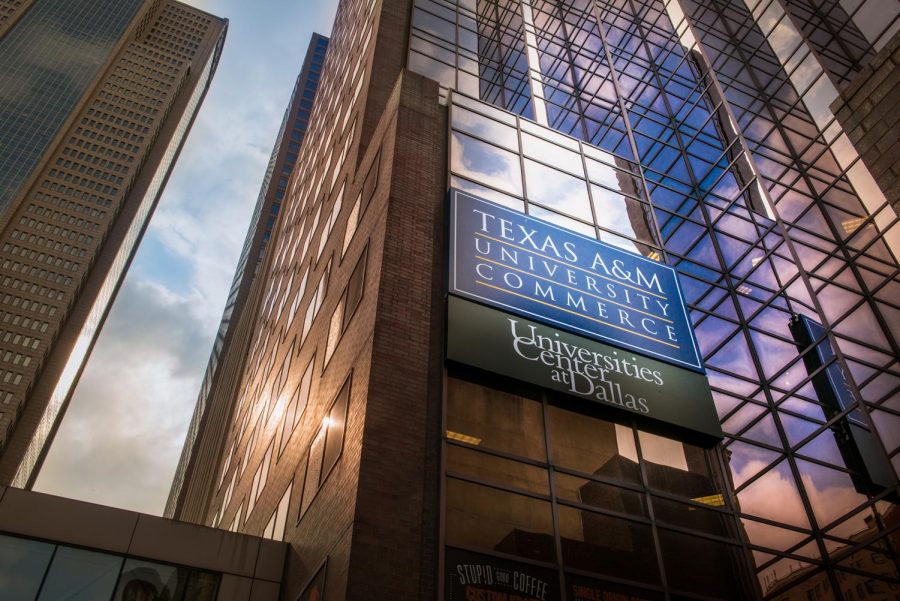 The University Centers at Dallas plans to move to El Centro College by the start of Spring 2018 classes.

On Nov. 7 Texas A&M University-Commerce’s University Centers at Dallas (UCD) and Dallas County Community College District (DCCCD) signed an agreement at a board meeting to relocate UCD’s classes to El Centro College. Discussion for the relocation began in the late summer and early fall of this year.

UCD will begin moving its classes from Pacific Place nine blocks away to El Centro’s campus for the start of Spring 2018 classes. UCD will not lose any of its programs or classes because the campus is simply moving into the classrooms of El Centro.

“This will be a great opportunity for students because we are partnering with an educational facility,” Dr. Berri O’Neal, executive director for extended university, said. “El Centro has great resources because it was built for educational purposes.”

Following this past state legislative session and the nationwide budget cuts to university departments and programs, TAMUC’s president, provost, and administrative board had to come together to determine how they could utilize the funds they received and do what is best for the students.

Relocating to a new partner worked in favor of TAMUC, UCD, and the students because the tuition will not be affected, and UCD will be able to use El Centro’s educational facility without having to lease it like for Pacific Place’s building space.

“Pacific Place was not community college owned, nor was it an educational partner, [so] the building cost the university more to use because Downtown Dallas has high property value,” O’Neal said, “and these classes will be at an educational facility like the others [in the extended university]. By this, we can make sure that we use the best facility at the best price possible while still making sure that we give the best education possible.”

MITC was used before online education was introduced to have sites where students could take courses for their degrees near their jobs and homes, instead of having to drive to Commerce. On the other hand, it was also for big cities that wanted to provide a place for higher education without having to spend millions of dollars on building universities.

This will be UCD’s third location in downtown Dallas.

UCD was located in the Titche-Goettinger Building for 21 years, which was owned by DCCCD before it was purchased by UNT in 2006 to expand their law school program into the Dallas College of Law. To allow UNT to have the space they needed, UCD moved across the street to Pacific Place in January 2015.