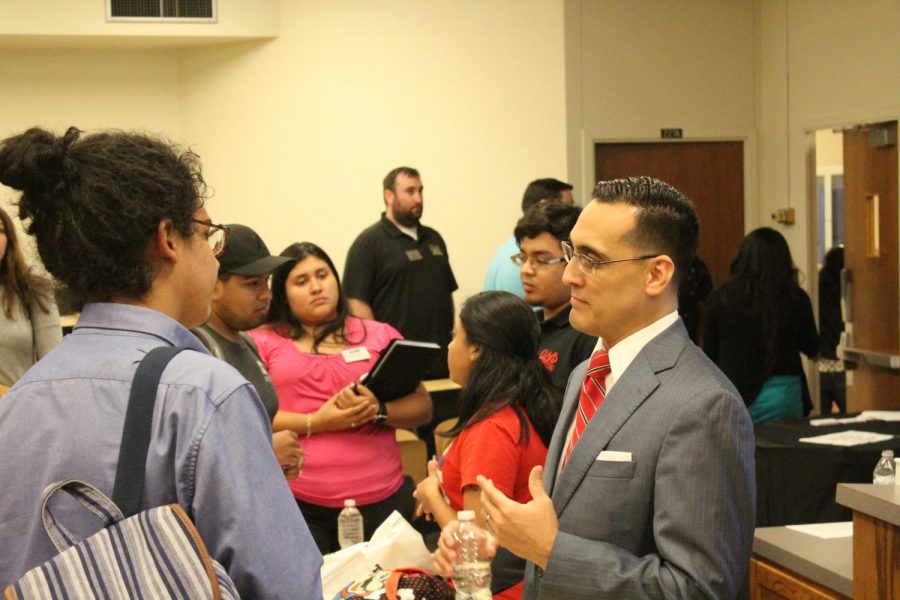 “The positive outcome of this event was the amount of education each attendee received,” sophomore Luis Olivo said. “It gave individuals not affected a sense of what people affected had to deal with.  It is very important that people should be well informed and know their rights.”

“ ‘I can do things you cannot, you can do things I cannot; Together we can do great things’ – Mother Teresa,” Juan Silva, President of SOL, said at the beginning of the event.

Silva mentioned at the introduction of the event the negative impact of repealing DACA. The 800,000 people beneficiaries of the program could have had been a family member, a good friend, or an acquaintance. In fact, this issue had affected students in this institution.

“The purpose of this event is to educate the university on the issue of DACA. The attendees will have the opportunity to ask immigration questions to the legal representation that will be present at the event,” Silva said.

The event was open to anybody who questions and concerns about DACA and other immigration matters.The event had been open to the community as a tool of education for people living in the surrounding rural areas.

“The event was successful, we had a really good crowd of not just students also staff and faculty came out happy and more informed,” Olivo said.

ODPhi and SOL also focused on senior high school students in school districts such as Cumby ISD, Commerce ISD, Wolfe City ISD who may possibly be part of Texas A&M- University-Commerce. During the process of planning, organizing, and gaining publicity, members of ODPhi and SOL took personally flyers to the respective high schools.

SGA also helped with publicity by sending emails to all the students to verify that they knew about the event.

“We as your Student Government Association are here to take a stance and support students in jeopardy of losing their education at this university. We as a senate, see education as a human right that should be afforded to all individuals regardless of ethnic background. We stand together in affording the opportunity for your voice to be heard,” the SGA email said.

“The process and the event was challenging because of the controversial topic and the delicate opinions of the people. This could be offensive for some individuals,” Silva said. “Overall the session was beyond a success because there were a lot of students who were not personally affected by the situation/ problem, but they were asking how they could advocate and bring awareness for the caus which this shows the unity among the university.”