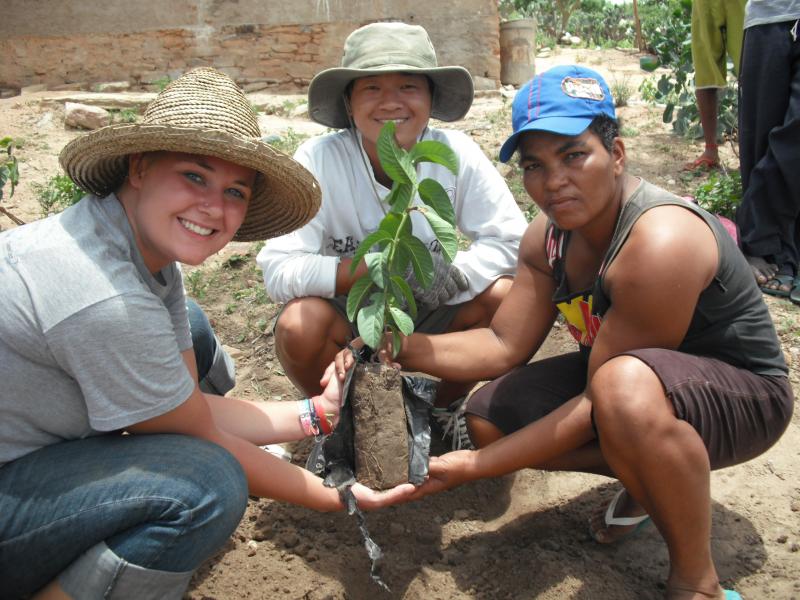 One World Center organization is a non-profit research program where they teach people the importance of motivation and empowerment to fight against poverty and climate change all over the world. They offer two programs called Bike for Change, which allows people to probe the sources and impressions that Climate Change has on the inhabitants and land while they prosper and develop their mind, and Fighting Shoulder to Shoulder with the Poor, which works to take action against poverty.

Bike for Change is a program open to anyone willing to dedicate their time to learning more about the after-effects of climate change and the impact it has on people. Following a crew of climate connoisseurs, volunteers will bike through Central America in order to learn more about the natural habitat, neighborhoods, and communities that inhabit them. This opportunity gives people the chance to establish networks to swap ideas and information.

The program is broken into three periods, three months spent preparing in the U.S., four months biking through Central America, and final two months reflecting and teaching others. During the first period, the participant is introduced to their teammates and team leader.

They begin their preparation with bike training and directing studies about Climate Change in order to become more literate in the topic. Partnerships are formed and the travel routes are established. Traveling begins in the second period, where the full team will bike straight through the U.S. or Mexico to Central America. The participant is in charge of documenting their experiences from interviews, landscapes, journal entries, and more as they continue to read more about the issue. The final months in America consist of sharing the team’s discoveries with similar groups, in person, online, and by preparing an event on campus.

Similarly, Fighting Shoulder to Shoulder with the Poor, is an 18 month program separated into three parts, six months each, where each period has a similar purpose to the other program. Participants focus their studies on poverty in communities in Africa and how their conditions may be affected; health, education, economic opportunity and survival.

“Studying global issues in an international team and working together with locals in another continent (Africa) has made me see traveling as a natural part of learning – or living, for that matter.” said Alise Miluna, a previous participant of this program. “The program pushed me towards activism and worldwide friendships beyond Facebook.”

Through this program, participants are able to prosper physically and mentally as they expand their perception on the world and the obstacles that other countries deal with daily. People will develop their personality and become more compassionate about the environment and non-profit sector.

“I felt like I gained as much as the people whom I volunteered for,” said Miluna. “This is because everything – the crazy adventures on the road, the intercultural challenges and discussions about development, the wild nature and the simple, practical lifestyle – was a major life lesson.”

In order to apply, volunteers must submit an an online application that can found on their website at https://oneworldcenter.org/, and pay an enrollment fee of $500. There are introductory meets online or over the phone for volunteers to learn more about One World Center, program conditions, and fundraising for the trip. The first team will begin preparing in September 2017.