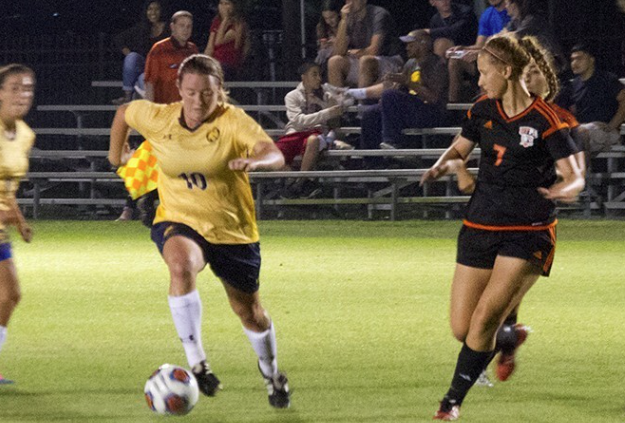 The Texas A&M University-Commerce soccer team defeated Midwestern State University 1-0 in the second round of the NCAA Division II South Central Region Tournament on Sunday. The Lions scored their goal in the 33rd minute and held off the Mustangs to win the game.

The win brings the Lions to 15-5-1 on the season. MSU falls to 13-6-4 on the season. It was the second time the Lions had faced MSU in a seven-day span and the fourth time this season. MSU defeated A&M-Commerce on Nov. 6 to win the Lone Star Conference postseason championship. The Lions finished the season series against 3-0-1.

“This game wasn’t really about revenge,” said A&M-Commerce head coach Neil Piper. “It was about us trying to move on in the tournament, no matter who we were playing. It just happened to be them. Obviously they have played a lot of games here lately. Us earning the No. 2 seed paid off today.”

The Lions will now hit the road to face the No. 1 seed Colorado School of Mines, who has a record of 19-2-1 for the season. The game will be played at 1 p.m. CST Friday at Stermole Stadium in Golden, Colo.