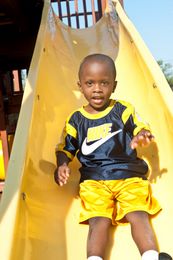 Director of the Children’s Learning Center Helena Hortman is enjoying her new title here through Texas A&M University-Commerce. Hortman says “That their main focus as the Children’s Learning Center is to provide quality childcare to students, faculty, and staff”.   Hortman has been the new director since May 26, 2016 after Lisa Rhodes of 25 years decided to retire. Even though the ladies didn’t work with each other more than a week Hortman believes that Rhodes was very well respected here, and acknowledges that she has earned the center two accreditations, one being the highest in Texas as well as the Rising Star, which is the highest level of accreditation that one can maintain in this field.

Something else that Hortman wanted people to know was that the Children’s Learning Center is not only for the university, but for the community as a whole. People often believe that just because the Children’s Learning Center is tied with University that only the students can benefit from their facilities when that is really not the case. “Out of the 98 children that are enrolled only 10 of them are from the community.” Hortman plans on making the community more aware of the different services that they provide, and that is open for anyone in the local area who are in need of their services.  Hortman has been working in family childcare through the army in Louisiana and Alaska and has been the director of two nonprofit Christian schools that she enjoyed working at, but  she admitted that it required a lot of work for one person.  However, she agrees that it is nice for a change to have the help of the student workers like she does. At her previous job, it wasn’t so much that they couldn’t keep a staff, but more so of they couldn’t supply the demand of children they were taking in. “When I come into a classroom now it’s more to just observe , and I don’t have to constantly micromanage them and can focus on the task at hand”.

Hortman say that she feels very welcomed here at the University, and didn’t realize the various benefits that she would acquire once she started. “Taking this job allowed me to move closer to my family, and  now I am more than happy to work my 40 hours then go home. “ She shared that at her previous jobs she wasn’t able to spend as much time with her family due to the extensive hours she was working, and now she can. Hortman has three girls that live at home, and one with special needs that she can now dedicate those extra hours to and wouldn’t have it any other way.