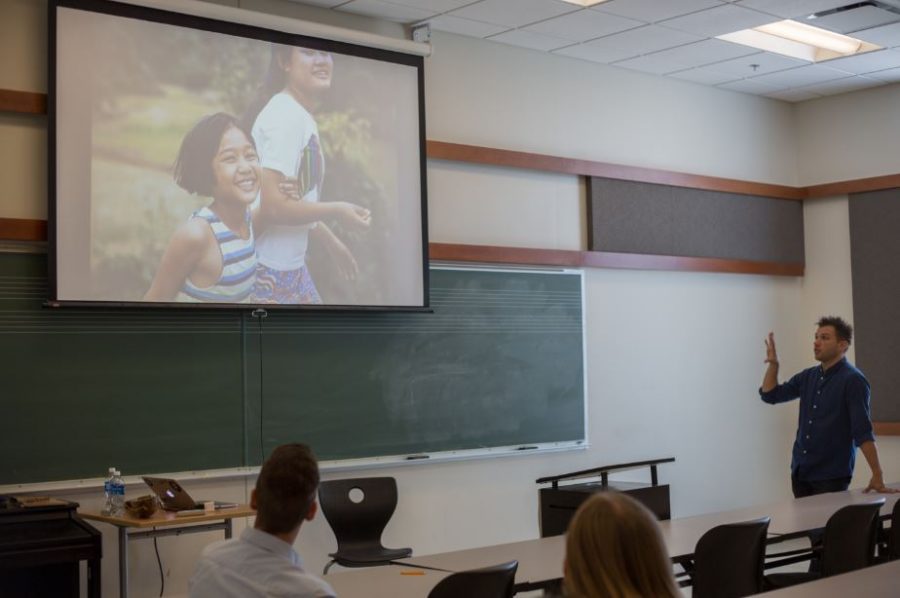 The Noted Project brought the music of the Karen people, an ethnic group of Myanmar (Burma), to Texas A&M University – Commerce on Oct. 10 in the Music Building. The Noted Project is a combination of different art skills and academic research, palatable to a wide audience. The project was aimed at sharing the progress of the research via social media as well as the creation of a free online academic resource that includes a short film series. Team members Joshua Stitt and Peter Hershey presented their recent The Noted Project about the Hill Tribe’s music on the Thailand-Burma border to A&M – Commerce.

“No matter where you go in the world, music plays a very important role in culture,” team member Joshua Stitt said. “What happens when your musical culture is disrupted by circumstances beyond your control? That is the question we asked ourselves when we learned about the situation of the Karen people.”

Stitt said of the preparation for the project, “We had a friend who graduated from the same university, and she started working at children’s house, mostly Karen children, and when she heard that we wanted to travel for the music project. She was talking to us, and she thought it would be perfect for our project. That’s what started of that.”

The Noted Project team lived with the Karen people and documented their musical culture in May and June of this year.

“The Karen people are an indigenous group whose culture has been deeply affected by decades of civil war, internal and cross-border displacement, local political unrest, and globalization,” the other team member Peter Hershey said. “The Noted Project is about telling the stories of Karen musicians living on the Thai-Burma border, many of whom have been refugees for decades.”

At the presentation, they presented photography and video of Karen people and their music.

“We conducted interviews where the musicians live, and they played traditional music on guitar,” Hershey said, and then he added, “The most difficult part of project was uncertainty, because this is the first time we have done it. We did not think we knew what we were doing a lot of the time.”

“We just knew we had certain skills. We knew that by building relationships with people, we knew we could meet new people, but it was stressful. So, for a month we were trying to meet people but would not get interviews,” Stitt said

Last week, they had a presentation at the Mississippi College, and this week they came to Commerce because Stitt knew Commerce professor prior to the project. “I studied at another university where Dr. David Davies used to teach. I talked about our project, and he said, we can present our project here.” Stitt said.

This project is still ongoing. They are working on this project, editing video, and fixing the  project’s website. Also, the project is mostly self-funded. “I figured our budget calculated all the costs for travel and project, most of budget is self-funded. We did do crowdsourcing, and we made a Kickstarter,” Stitt said.

They plan to finish their current project before moving on to their next project plan.

“All of the research put onto the online resources, and once the shortcomings there are finished, then we will know how successful it was. Then we can plan the next one, but we probably will go to South America or Central America, because I can speak Spanish. Language was another hardest part of doing our project,” Stitt said.