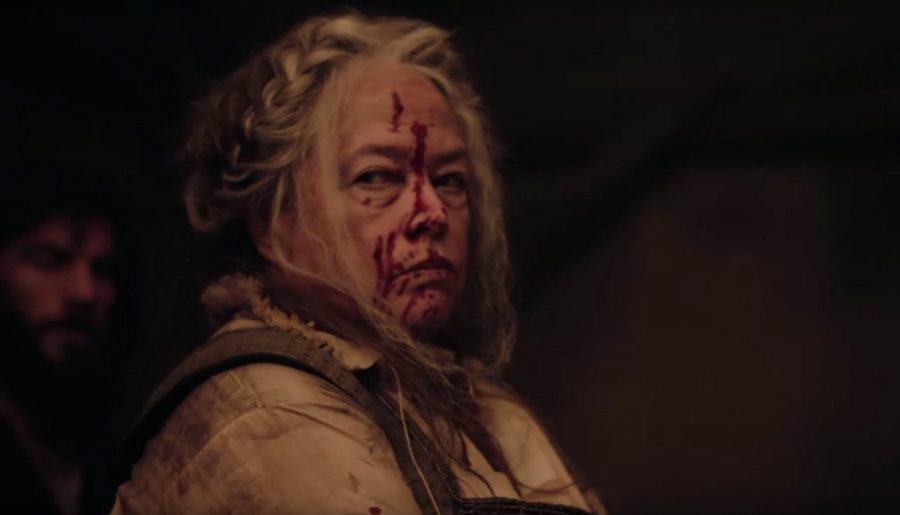 This season’s American Horror Story is “My Roanoke Nightmare.”

Every season American Horror Story has a different theme: season one was “Murder House,” season two was “Asylum,” season three was “Coven,” season four was “Freak Show,” and season five was “Hotel.”

The first episode of this season’s wasn’t really as enthralling as the first episodes of the other seasons. It wasn’t scary or riveting like the others that I’m used to seeing from American Horror Story.

The theme song is one of my favorite parts of the show, yet I wasn’t nodding my head in the dark because the theme song doesn’t play at the beginning of the episodes of this season.

Another downside to this season is the slow pace. Usually each episode has so much more action and trickery since the seasons are so short, however, for this one, I feel like it’s moving at a slower pace.

On “Freak Show” sometimes there would five or more storylines, and more than three people would be dying. “My Roanoke Nightmare” so far has been more talking and dramatization, than witchcraft or murder.

Also, I feel like Jessica Lange made the seasons. She and Angela Bassett’s characters were like fire and ice. Every season, their characters had problems and battles that exemplified their feminine power and independence.

My favorite part of American Horror Story is the way the costume designers and the producers disguise the same actors from season to season, in fresh, creepy individuals, where you have to know the actor’s voice to unlock their identity.

The creativity behind the show astounds me. Who thinks of making it rain teeth, I have never seen that in any other show.

Lady Gaga made her captivating debut in “Hotel,” she came in and stole the show. At first I thought that she was trying to fill in Lang’s spot, but now I see that she is creating her on spot.

This show explores different ways to scare me and it excites me.

The fact that this season is moving slower into the storyline makes me yawn; but I have complete faith in American Horror Story, its exhilarating team and menacing themes, and I know that this season will show me something that I thought I could handle.