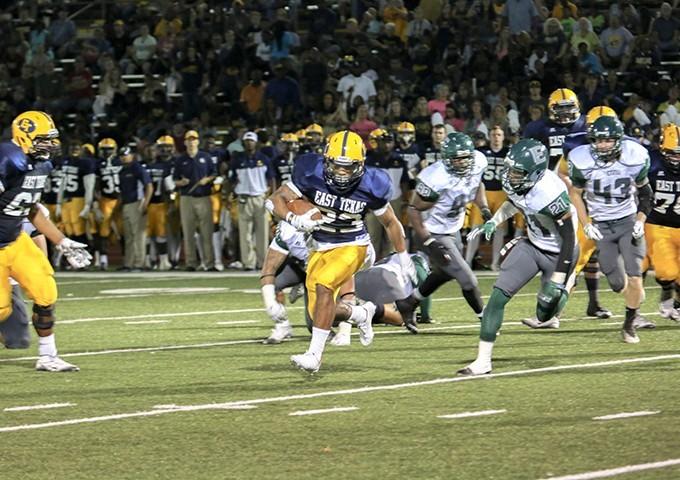 The Texas A&M University – Commerce Lion football team improved to 2-0 in the Lone Star Conference after a 42-31 victory over the Eastern New Mexico University GreyHounds. Both teams were able to dominate on the ground but the Lions were able to have a late push to pull out the 11 point victory. The Lion ground game was able to account for 4 of the 6 touchdowns led with 2 by Richard Cooper. Theo Woffard was able to pick up the play of the game with a 81 yard rushing touchdown. QB Harrison Stewart looked very sharp this game going 13-22 for 219 yards and 2 touchdowns. He has definitely improved his game by hitting the receivers on the deep routs without over throwing them. Lance Evans led the receiving core with 5 receptions and 112 yards, while Darby Smith was able to also catch the ball 5 times for 80 yards and a touchdown. Linebacker Cole Pitts was able to lead the Lion defense with 10 solo tackles with 4 assisted tackles.