Speaking to the youth

Indie dreamers provide the template for making classic albums in the '10s. 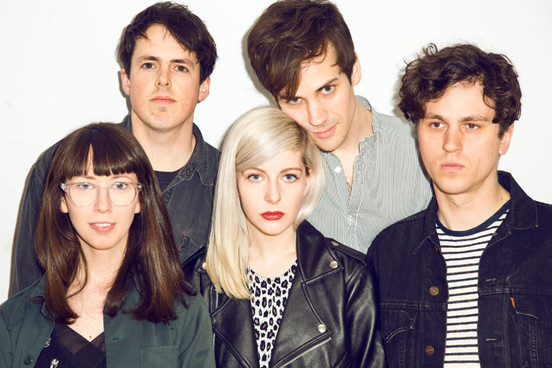 Every member of Canadian-based Alvvays is under 30.

Andrew Burnes, Editor
*****
As the new generation, we as Millennials take a lot of crap from our elders. We’re looked down upon as entitled, immature, materialistic, uneducated, self-centered, degenerative, anti-authority… the list goes on. Politicians ignore us. The middle aged are endlessly annoyed by us. Our ideals are treated as afterthoughts. And our music is almost always derided as way worse than any other era.
While there is merit to almost all of these arguments, it’s the latter-most that gives me, as a music critic, the most trouble. All new generations are greeted with scrutiny and distrust; after all, we’re taking our elders place and preparing to run the world in their stead. Like a wise schoolteacher who has honed her craft for forty years who is wary of the 20-something preparing to swoop in and take her place, our elders simply aren’t ready to let us take over yet, and that’s understandable. But to critically deride the music of this generation simply because it’s newer than The Beatles or Elvis or The Rolling Stones is becoming more and more unacceptable. Young artists like Kendrick Lamar, Gary Clark Jr, and others are pushing the boundaries of their forebears and creating new, unique and beautiful masterpieces that in many ways supersede those that have come before.
“Canadian Indie Pop band” (as defined by Wikipedia) Alvvays,  made up of vocalist/guitarist Molly Rankin, keyboardist Kerri MacLellan, guitarist Alec O’Hanley, bassist Brian Murphy, and drummer Phil MacIssac all of whom are younger than 30, are hardly the prototypes to follow in the footsteps of the all-time greats. A quick listen to their debut LP last year presents an enjoyable set featuring nine well-crafted tracks that all stem from the same vein of indie pop loveliness and dreamy longing. But a focused revisit forces you to realize that not only have the childhood friends who began playing together in high school crafted a near-perfect album, they did so without raising the eyebrows of anyone but their base: the new generation.
Wielding Rankin’s Taylor Swift-meets-wistful-lovestruck-college-girl vocals, MacLellan’s understated flair, and a rhythm section that has perfected Phil Spector’s wall of sound technique, Alvvays’ key trick is sticking to its roots and playing to its strengths recalling strategies utilized by legendary acts like Bob Dylan, Bruce Springsteen and Simon and Garfunkel. The album starts with a jaunty, infectiously backbeat from MacIssac, with subsequent entrances from each band member that serve as a battle cry for the undercast, and provide the template for each track that follows. Highlight “Archie, Marry Me” is both juvenile and weathered, much like a college student trying to carve out a space for him or herself in a troubling and unpredictable world. And the subdued “The Agency” provides a beacon for a generation that has yet to be accepted by the rest of the world, but still able to find joy in their own individualities. The list goes on as each new track brings something new to the table, but continues to speak to the same crowd and follows the ending notes of the last song like the next chapter of a well-written book.

Perhaps the reason our elders can’t relate to our music is simply because it wasn’t made for them. The vast majority of the greatest Rock and Roll classics of the past did the same thing that Alvvays has done now: they catered to the youth of the nation when nobody else would give them a second look. As those that listened to these songs grew up, they forgot what it was like to not be taken seriously by their elders and so their attitudes toward the next generation mirror those of the generations prior. But listening to Alvvays’ beautifully lovesick anthems all the way to the eerie closer “Red Planet,” provides a sense that what everyone else thinks doesn’t really matter. We’re doing just fine on our own.