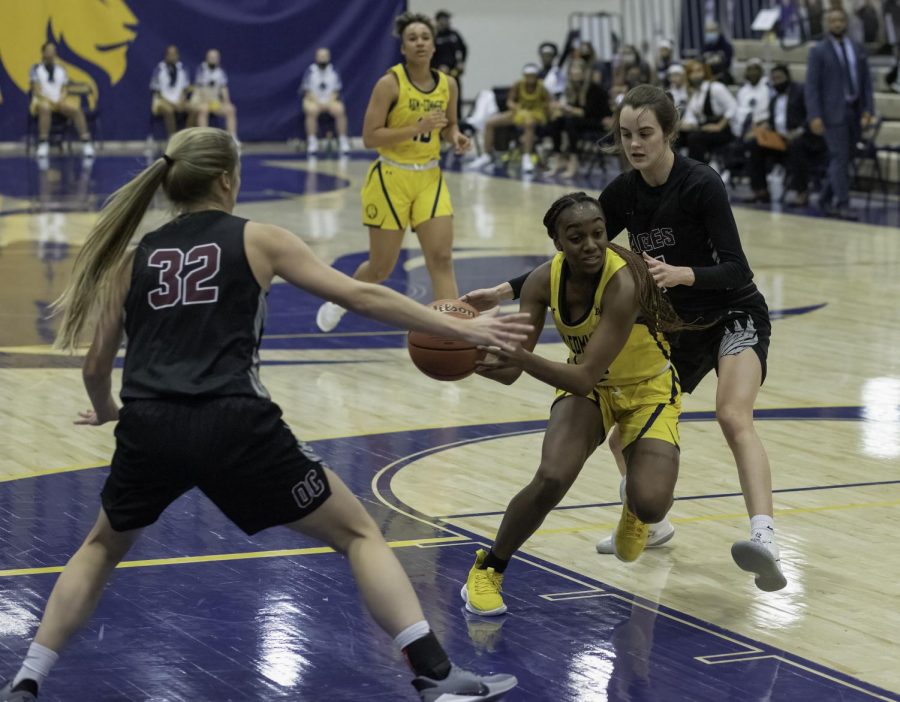 Dyani Robinson drives for the basket

This was the first and only time that the teams played each other this season, as the two games they were originally scheduled to play Feb. 18 and 20 were cancelled due to a Texas winter storm.

Two Lions recorded a double-double, which is when a player records 10 or more in any two of these categories: points, steals, assists, rebounds or blocks. Juliana Louis scored 15 points and snagged 10 rebounds while DesiRay Kernal scored 10 points and grabbed 17 rebounds.

The Lions had an edge for the majority of the game, leading 20-13 after the first quarter and then 39-21 after the second quarter. This advantage would stick with the Lions as they led 56-42 after three quarters and won 77-63. This win improved their season record to 12-2.

The Lions will now focus their attention on their LSC semifinal game where they will take on the West Texas A&M Lady Buffs March 5 at 6:45 p.m. at the Rip Griffin Center in Lubbock. This will also be the Lions’ first game against WTAMU this season.