Author visits “Must Love Dogs” class at the university 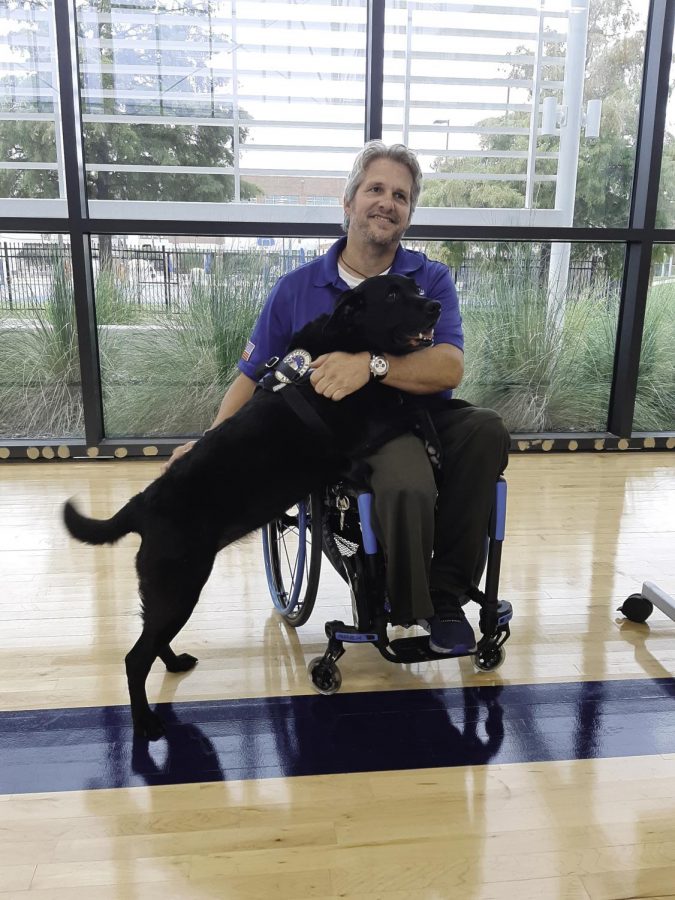 Staff Sgt. Jason Morgan, former special operations combat meteorologist, visited Texas A&M University-Commerce Oct. 15 to tell his powerful story to students of the “Must Love Dogs” class of Dr. Sandy Kimbrough, professor, health and human performance, which was inspired by Morgan’s powerful story and how service dogs can change a person’s life for the better.

Morgan told the class his journey of how he went from doing special operations missions to being paralyzed from the waist down in 1999 after being thrown from a vehicle during a mission in Ecuador. He was found lying face down in swamp water by an American missionary.

He was transported to a hospital where he remained in a coma for two months. Afterward, he spent several years in and out hospitals for surgeries. During this time, he was in a dark state of mind, and to make matters worse, his wife left him and their three young boys after several years of marriage.

Morgan was lured out of his gloom by receiving his first service dog, Napal, a black Labrador, from Canine Companions for Independence.

He said that before he got Napal, people would not approach him because he was in a wheelchair. However, when people saw him with his dog, everyone wanted to know his story. Along with this, Napal helped him in many ways; fetching items he dropped, opening doors and much more.

Morgan, with Damien Lewis, wrote “A Dog Called Hope,” that tells the journey of Napal and how he transformed his owner’s life until passing away due to cancer. The book was published in 2016 by Quercus.

Morgan has since been accompanied by his current dog, Rue.

Interested individuals can help fund a service dog for a person who needs one by shopping at the Must Love Dogs class store mustlovedogstx.org. Custom holiday cards, digital portraits, dog treats, whimsical portraits and more are available for purchase. Purchases will even be delivered on campus.