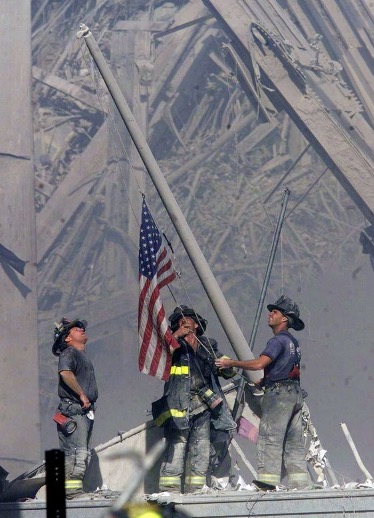 On this day 19 years ago, the people of the United States spent a terrifying day glued to their television sets.

People watched the world that we knew fall apart. No one would have thought how that day would end, as airplanes would appear on that beautiful fall day and crash into two of New York City’s skyscrapers filled with people going about their day.

It took only 90 minutes for 3,000 people to lose their lives in four well-planned attacks by terrorists with planes hijacked from three different airports in the biggest act of terrorism the United States had faced.

On 9/11/2001, 19 hijackers attacked the Twin Towers with two planes and the Pentagon with one plane. A fourth plane, flight 93, crashed in a Pennsylvania field after passengers fought the hijackers. The passengers’ last known words were, “Let’s roll.”

The majority of lives were lost in the Twin Towers from the floors above where the planes impacted. We lost 411 first responders who were trying to fight fires and rescue people.

All air traffic had been grounded and when I got outside, I looked up and there were no airplanes. It was eerie. Downtown Dallas was completely silent.

People showed their support for our troops and our country by hanging United States flags everywhere. You could see our flag painted on barns, fences and almost everywhere while driving down rural roads. We were proud to be Americans and we were proud to show it.

It has been 19 years since that fateful day. We need to make sure we do not forget what happened. Our current generation of young adults is the first generation that was not alive when 9/11 happened. They need to know. We cannot forget. We have to always be prepared.